Like a racing engine, a national economy is a roaring, powerhouse machine that, as a result of the synergies between its many component parts, is a whole that is greater than the sum of its parts. Infrastructure – highways and bridges, ports and maritime facilities, airports, coastal protection and flood mitigation programs, and efficient, modern utilities are to national economies what forged pistons, valvetrains, camshafts and cylinders are to a high-performance racing engine.

As is often the case in life, heavy investment equals quality equals high performance, and this is not lost on national governments with ambitious growth agendas. “You and I come by road and rail, but economists travel on infrastructure,” the former British Prime Minister, Margaret Thatcher, once historically stated, and so it has been proven in any country that has achieved remarkable gains in socio-economic development and the subsequent improvements in living standards that followed.

Naturally, infrastructure development has been a top priority for successive Trinidad & Tobago governments, who have long recognised that investment in roads, bridges, and key civil infrastructure are the means by which this once humble Caribbean nation could climb to become one of the region’s most impressive economic performers. And certainly, by taking to its roads and entering its airports, by walking through its bustling towns and cities, it is clear to see that the country’s ambitious infrastructure strategies have borne fruit.

Trinidad & Tobago’s rapid economic growth and development has run parallel to the country’s investment in modern, efficient infrastructure, but by the early 2000’s it had become increasingly apparent that the increasing scale, complexities, and challenges posed by increasing demand for the implementation of ever newer infrastructure meant that works began to fall behind the booming pace of the country’s development agenda.

To maintain high year-on-year GDP growth rates and Trinidad & Tobago’s upward trajectory, it was clear the time had come to form a new state institution, capable of fast-tracking the implementation of hugely complex, world-class infrastructure programs to the highest international standards. And so NIDCO came to be.

“The National Infrastructure Development Company Limited (NIDCO), is a state-owned company of Trinidad and Tobago.[1] It was founded on January 11, 2005, but the inaugural Board was appointed on 22 March 2005.

It is carrying out infrastructure projects that form Vision 2030, which is a plan created by the government, to achieve first world status, by the year 2030. NIDCO Major infrastructure projects missions are drainage and flood control, reclamation, highway and transportation sectors and also NIDCO is responsible for the provision of project management services, procurement of consultants and contractors, and oversight of project execution within agreed time, costs and quality parameters.”

NIDCO, or the National Infrastructure Development Company, was established by the republic’s government in 2005 with a mandate to develop and deliver a broad range of solutions fit to meet Trinidad & Tobago’s infrastructure challenges. To ensure that the new enterprise was equal to the task at hand, an ethos of superior quality and a dedication to going above and beyond stake holder and client expectations was ingrained root and branch into the company from the off.

Now, as in 2005, NIDCO develops and implements large-scale physical infrastructure projects in the transportation, water management, land and environmental protection sub-sectors through its multi-role provision of procurement management, project management, and marine transportation services. This is no small task, and bearing in mind the critical nature of its function, the NIDCO team, from its executive leadership to the men and women on the front line who are responsible for completing project builds and delivering a superior product/service, pride, professionalism, and adherence to the high safety standards come as standard:

“We hold ourselves accountable for the diverse roles, obligations and actions to the public we serve, and are committed to manage our operations with openness absolute integrity.

We are committed to ensuring the safety of our employees, our clients and the public, and the protection of the environment in which we work, committed to a teamwork environment where success requires the collective efforts of a diverse coordinated team. Every associate is a valued member and is encouraged to be creative and innovative.

“We strive be the best in quality and in everything we do. We are dedicated to satisfying Clients’ needs and honouring commitments that we have made to them.

We will ensure the most efficient and effective delivery of services by our trained and competent human resources. We continuously seek improvements to our methods and systems through adoption of models of “best practices”.

The end result of this commitment to service excellence is there to be seen in brick and mortar: its large portfolio of successfully completed multi-billion dollar projects. From the East-West Corridor expansion to expansion and upgrade works on ANR Robinson International Airport; the construction of Toco Ferry Port to the bustling Moruga fishing facilities and terminals, the modernisation of Tobago port and the establishing of its new marina and berthing infrastructure. The ambitious national bridges reconstruction program, that saw dilapidated, colonial era bridges either replaced or restored to their former glory – with diligence and ingenuity, NIDCO has led from the front in ensuring successful delivery of works on these projects and many others, on time and on budget.

In close partnership with the Urban Development Corporation of Trinidad & Tobago (UDeCOTT), NIDCO has proven integral to the government’s capital works program, in-line with its ambitious Vision 2030 initiative – a national development strategy created by the government to achieve first-world status within a decade.

Until recently, soaring oil prices and insatiable growing demand for the twin-island’s oil and gas riches meant that NIDCO could concentrate on doing what it does best: provide the world-class infrastructure-consultancy management services that was needed to orchestrate the planning, development and construction of an array of multi-billion dollar projects across the country.

On the back of sustained high oil prices, NIDCO once had access to vast amounts of capital, to the tune of between 5-8% of annual GDP, for use in revitalising once-aging infrastructure and implementing new constructions via its Public Sector Investment Program (PSIP).

The great oil price boom, which provided hydrocarbon-rich Trinidad & Tobago with the wealth needed to transform the country from a largely agrarian developing world economy into the upper-middle income regional player it is today, has created a formidable economy capable of providing both wealth and ample employment opportunities for its people.

However, whilst the national government has gone to great effort to diversify Trinidad & Tobago’s economy over the years, and so wean itself from its heavy reliance on the black gold beneath its shores, with no small measure of success, this reliance on global oil prices remains the country’s Achille’s Heel – a vulnerability that has been ruthlessly exposed by the same perfect storm that is causing carnage to the already fragile global economy. Both COVID-19 and the Russia-Saudi oil price war has simultaneously crushed demand whilst causing a supply glut, the likes of which has never been seen before.

Like all major oil producers, Trinidad & Tobago now finds itself stuck between a rock and a hard place. For NIDCO, the economy of Trinidad & Tobago at large, and its people, young and old, rich, middle-class and working-class, the year 2020 will prove to be an altogether challenging year.

In the midst of rising budget deficits as a result of the country’s drastic drop in oil revenues, and the hazards posed by COVID-19 to Trinidad & Tobago’s citizens, infrastructure projects are for the time being on ice but as the old saying goes, ‘form is temporary, class is permanent’. In-line with its mantra: on time, on budget, no excuses, NIDCO has the resources, support and expertise to ride out the storm. And when the clouds clear and the sun shines again once more on Trinidad & Tobago and the wider global economy, NIDCO will be ready to continue doing what it does best: building a national, one brick, one bridge, one road at a time.

KFC Guyana - A Managers formula to continued growth and success 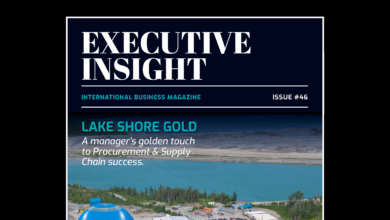 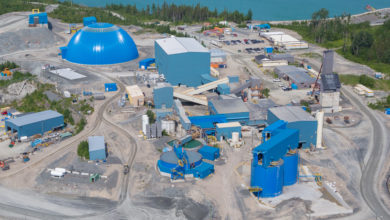 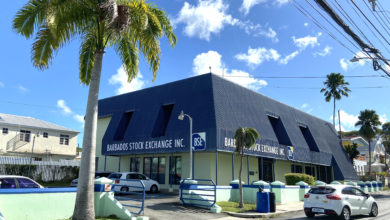