Widely regarded by many as a country that is not only the best place in the world to live, but also the most beautiful, Norway’s magnificent landscape makes for incredible viewing.

From dramatic and yet serene deep valleys, set against a backdrop of sheer, snow-frosted mountains, to the rich shades of green of its rolling hills and the charismatic architecture of the many small traditional villages that adorn them, Norway’s natural wonders blend together to create an altogether fairytale setting. And, of course, this is without mentioning the UNESCO-protected fjords for which the country is so well-known.

However these wonderful topographical features that grant the country such beauty have also created a land that can be incredibly difficult to tame – just ask the many companies who have been tasked with successfully completing infrastructure projects here. Jutting rock faces and wild, snow-covered mountainous landscapes are easy on the eye, after all, but it certainly makes for a civil engineering headache. This being so, it is little wonder that infrastructure project directors in Norway have historically opted to go under rather than over, to the extent that the country is in per capita terms the most extensively tunnelled in the world – statistics show that there is 1.3m of tunnel for each of its inhabitants.

With this is mind, it is telling that even in a country so tunnelled as Norway that the Follo Line project, a high-speed rail project that will link Oslo Central Station to the municipality of Ski, south of Oslo, has captured so much interest.

Forming the core of a larger InterCity development south of Oslo, the Follo Line project – short for Follobanen – is currently the largest transport project in Norway, and certainly one of the larger infrastructure projects under construction today. Commissioned by Bane NOR, the Norwegian government’s agency for railway services, Follo Line consists of a 22km new double track railway line that will feature a 20km tunnel running beneath Ekebergåsen. Upon completion of the line, it will be the country’s longest railway tunnel, and the 17th longest in the world.

The task of constructing the tunnel has fallen to Acciona-Ghella Joint Venture (AGJV), a collaboration between two of Europe’s most well-regarded civil engineering companies. Through utilising the experience and know-how of both parties, AGJV has succeeded in overcoming the complexities and challenges posed by a project that is revolutionary in Norway.

“Acciona and Ghella first signed the contract in 2015 and since then we have been able to achieve the expectations of this very complex project. This is the biggest infrastructure project in Norway, and upon its completion the Follo line will have the longest tunnel system in Scandinavia – Norway, Denmark, Sweden.

The new 22km tunnel will reduce total travel time between Oslo Central Station and Ski by half, from 22 minutes to 11 minutes. It really has, and will change the way people travel from the north to the south and south to north. This connection will make the south of Oslo a much more desirable location to live for Oslo residents because reaching the centre of the city will become much easier,” explained Project Director, Fernando Vara.

Follo Line is a model for how future similar rail infrastructure projects will be completed because for a number of reasons it is unique. The project’s US$2.35 billion price tag goes to show that while the likes of China, Saudi Arabia, the UAE, and Qatar still have a monopoly on grandiose infrastructure spends, European countries still have the will and capability to invest in their own large projects when needs be. More than this, however, Follo Line’s high cost is testament to the project’s scale and complexity.

Let’s go back to Norway’s aforementioned topography, a moment – the mountains, cliffs, rocks, and earth that define this land. Are they beautiful? Yes. Are they difficult to dig through? Certainly. In geological circles, Norway is known for the hardness of its rock, especially a particularly hard type of rock called gneiss that is prevalent in the Oslo area. In the past, tunnel excavation in Norway has been achieved by using a traditional drill and blast method for the simple reason that tunnel boring machines (TBMs) have historically had great difficulty punching through the country’s hard rock. In this respect, the Follo Line project is revolutionary because its utilisation of mechanised tunnelling technology has allowed its TBMs to succeed where others have struggled in the past.

Fernando explained: “The means of excavating the tunnels was decided by the client who wished for the excavation to be achieved using TBMs, that have long been used in other parts of the world. TBMs have been used previously in Norway in the 70´s for projects, mainly hydropower tunnel projects, but not again since the 90`s. Tunnelling projects in Norway have traditionally used blast methods – explosives. However, our client felt for this EPC contract of the Follo Line project the use of Hard Rock Double shield TBMs would be better suited, because of the length of the tunnel and out of respect for our neighbours. Using Double Shield TBMs for the first time in years will allow us to do the lining of the tunnel as you do the excavation.

We have plenty of experience in this area, so we procured four TBMs capable of breaking through tough rock that we are using to excavate the 20km of tunnel. So far, we haven’t had too many difficulties due to the rock hardness.”

This change of tack with regards to the method of excavating the Follo Line tunnels using TBMs has a number of benefits over the traditional drill and blast method, in that it is more efficient and creates a less disruption to the surrounding area – a very important factor, bearing in mind the project’s metropolitan setting. As opposed to needing up to seven jobsites for explosive tunnel excavation, and the difficulties this would create in getting supplies onsite, instead, AGJV’s TBM solution only requires one central site, Åsland, from which to work.

Described in Fernando’s words as a small city in itself, with over 500 employees active, a massive number of installations and facilities, and linked to the E6 highway, Åsland is connected by two large 900m access tunnels to two underground caverns below-ground. It is from here that tunnelling work first commenced, with two TBMs boring south toward Ski and the other pair north to Oslo Central Station.

“When you have four TBMs starting from the same point, the same location, from a logistics perspective, we needed to setup a large number of facilities and installations at this central starting point that have to be integrated and working 24/7. On top of the complexity of this situation, due to weather conditions – with snow and temperatures below -15 C – and environmental requirements – dust and noise measures – all the facilities have been covered”, explained Fernando.

He continued: “We started tunnelling work in September 2016, when the first TBM started boring toward Oslo on the 5th. We have achieved an average excavation rate of 14m a day, which is very good, taking into account the hardness of the rock and the pre-grouting we’ve had to do – that’s where you do some grouting ahead of the TBMs in case you have water. These kind of factors mean that the TBMs move slower, but even with this progress has been very good and we have succeeded in achieving breakthrough 6 months ahead of contractual milestones. This project has been capable indemonstrating that you can tunnel using TBMs even in Norway, where the rock is amongst the hardest to be found anywhere in the world.

In terms of the tunnel itself and the complexity, I think we’ve done a really good quality job, in spite of the difficulty of breaking through the Norwegian rock. We are very satisfied with that.”

So far, so good for the project, but Fernando is quick to point out that the success of the project so far would not have been possible without the support of AGJV’s Norwegian business partners and suppliers, particularly in the area of minimising the project’s environmental impact.

As a world leader in sustainable development, particularly in the field of environmental sustainability, for any company engaging in an infrastructure project of Follo Line’s scale it is critical to show respect as far as these issues are concerned. Prior to tunnelling, AGJV performed comprehensive research work and studies toward ensuring that the project is environmentally sound. Additionally, the company has invested millions of Euros to improve innovation in this area, and worked in partnership with a number of local companies to get a local flavour in terms of environmental regulations.

With the Follo Line project operating ahead of schedule, broadly speaking, in terms of the tunnel excavation rate of the TBMs, which are expected to break through around February-March 2019 time, there is a general feeling that the investment and hard work since 2015 has been worth it. In Fernando’s view, the project is like a big machine monster that takes a long time to run, but is unstoppable once its running,

“We’re on track, and the way we’ve achieved this is through focusing on innovation and through the reputation, and reputation we’ve built doing business in Norway. I think we are in a very good position with Follo line – we are ahead of schedule, we are achieving milestones, and there is a good level of satisfaction from our clients. There is an ambiance onsite which relieves pressure on people when things sometimes fall behind.

The collaboration between Acciona and Ghella has been always very good. We have worked before in other projects around the world and we know each other very well. Through this collaboration, which has staff from both companies together, we’ve brought to bear the right technology, innovation, and experience we’ve managed to work successfully on what is a very complex project – there were real initial doubts about the TBMs and how they would perform in Norway, and the final outcome has been far better than anyone expected. It has set a precedent for future projects of this kind in Norway.

For sure, we’ve put in a lot of effort, activity and hard work, and it has been very satisfying when you achieve a milestone and you can see the client is happy. Doubly so bearing in mind the complexity of the project.” 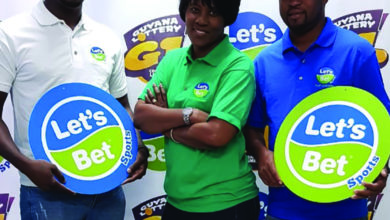