To say that the Coca-Cola brand is arguably the biggest and best known in the world is, for lack of a better word, an understatement. From North and South America, to Africa, the Middle East, Asia and Europe, millions, if not billions of consumers have a strong affiliation with the world’s most iconic beverage.

To help deliver the delicious and refreshing Coca-Cola taste to thirsty customers in every corner and country on the planet, The Coca-Cola Company relies on a supply chain of bottling companies to distribute their product from strategic hubs where the drinks are manufactured. Naturally, taking into account the mind-boggling demand that exists for Coca-Cola, quite a number of these companies are needed to produce sufficient supply of the world’s favourite drink.

With a presence stretching from the north-most to the western tip of Africa, Equatorial Coca-Cola Bottling Company (ECCBC) is one such hub. Since the company’s inception in 1989, when it was granted rights by The Coca-Cola Company to begin bottling production in Equatorial Guinea, the venture steadily expanded, and was later joined by Guinea Conakry, Mauritania, Cape Verde, Guinea Bissau and The Gambia.

However, it wasn’t until 1997 that the ECCBC was created in its modern form, as a unified entity combining the operations of all its component countries to serve as a platform for future growth. Over the past two decades, the ECCBC’s footprint has steadily expanded its operations into new territories in Africa, such as Ghana, Morocco and Algeria, to the extent that it is what it is today: a company with a presence in 13 Africa countries, 5,000 direct and 50,000 indirect employees, and through its 12 bottling plants and 43 production lines, the capacity to distribute Coca-Cola to a consumer base of over 100 million consumers via more than 200,000 point of sale outlets.

As a result of its partnership with the world’s biggest soft drinks brand, and the vital role it plays in distributing Coca-Cola, as well as a selection of branded juices, soft drinks, energy drinks, and malt beer to so vast a consumer base, business is booming. This being said, there is more to ECCBC than meets the eye.

The company’s formidable presence in Africa means that, at its roots, ECCBC is an African company through-and-through, and has stepped beyond the ordinary boundaries of business to become something altogether more positive – an instrument of positive change, committed to improving the lives of the communities it serves.

“As a leading company in Africa rooted in a family business, we understand the tough reality of the countries in which we work. We respect their diversity and historical and natural heritage.

We share the hopes and aspirations of our communities and believe in what we do. We enjoy working and are passionate about our products, clients and people.

Since we began our activity in Africa we have combined social and environmental commitment with a growth strategy that has allowed us to consolidate quickly in all of the countries in which we operate. Year after year, we have increased our investments, sales and distributed products.

These figures are the result of a shared effort, of the potential the continent offers and the will to generate employment and involve us in the development of local communities.”

In partnership with the Coca-Cola Africa Foundation, ECCBC has invested in, and initiated a number of sustainability projects designed to lift-up and support vulnerable and isolated communities who need help most.

“Access to drinking water is essential. When forced to travel miles to get it, women and girls cannot dedicate their time to education or productive activities. In turn, the quality of the water is a key aspect in the improvement of public health. It is this reason why we collaborate with the RAIN program (Replenish Africa Initiative) to ensure that in 2020 this asset, which is basic for life, reaches 6 million people.

In these years of work, ECCBC, CCAF, and WHI have opened thirteen water supply centres in Ghana and three in Liberia. With a capacity of 65,000 litres per day, each centre provides clean water to the surrounding communities.”

In addition to this work, ECCBC also helps to promote improved healthcare services through different programs of the Coca-Cola African Foundation, along with the shipment of medical equipment. Through these endeavours, the company has financed and directly supported the fight against malaria, HIV, and child mortality.

“We also collaborate with the Barraquer Eye Clinic in Barcelona by providing logistical support for conducting cataract surgery for the underprivileged.

We will continue to collaborate in this area and with as many programs as are launched since we are convinced that sustainable development is not possible in the absence of adequate healthcare.”

It would be safe to say that there is more to ECCBC than meets the eye. Describing it as a mere bottling company is an inaccuracy – rather, ECCBC is part of the communities that it serves. Its commitment to this continent, which has always welcomed the company with open arms, is deep and genuine.

“We’ve sought to contribute in many forms to the socioeconomic progress of the area. Directly, or in collaboration with The Coca-Cola Africa Foundation, we are active on improving education, providing access to drinking water, health and develop entrepreneurial skills in the territories where we operate.”

Telia Finland - A hub of the digital ecosystem 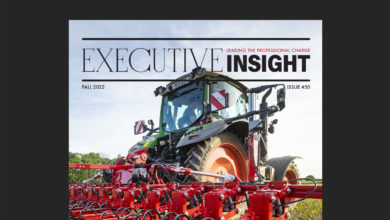 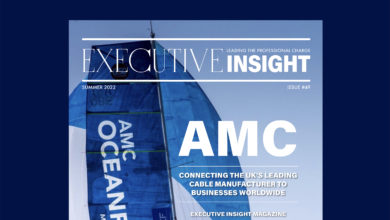